A Roller Coaster of Emotions

A 5 Star Review of Memory of Light: An Aftermath of Gettysburg by Mollie Cox Bryan

This is is not a book for the faint of heart! But if you don’t mind experiencing laughter and tears at the same time then this is the book for you! I have to say at this point, that each year I choose a book and call it my favorite book of the year! This is it: Memory of Light, by Mollie Cox Bryan is my 2016 Book of the Year.

Calling it a Roller Coaster of Emotions is putting it mildly; Near the end, I could not see the written word. My eyes were blurred with tears. I felt every last emotion that I can imagine Rachel was feeling. Not to mention the entire Jefferson Coates family.

You might be thinking you don’t like war stories, and that was my thought too. However, this is not a war story but more the story of a man and his family living with the results of the war. So, when you start reading and you are reading about The Civil War, don’t stop! You will miss out on a great book if you do!

I am an avid fan of Mollie’s. I have read her entire Cumberland Creek Mystery Series. And I am about to begin her Cora Craft Mystery Series. Mollie has a beautiful writing style that gives her readers an opportunity to float away into the story. In these two series, Mollie writes about crafting. If you are a crafter or have been a part of any group, you can relate. On the other hand, Memory of Light is based on a true story. Because the entire story is not part of the historical documentation, Mollie enhanced the story using research into the subject matter of the 1860s. Mollie explains this at the end of the book with her Afterword. So, don’t stop at the end of the story. She also includes a few pictures… 🙂 In case anyone hasn’t already guessed, I highly recommend this book!!! It’s just one more peek into the skills of the great writer that Mollie Cox Bryan is!!!

When I do a book review, I like to keep it on a personal level because I don’t want to give away any of the story. I will, however, include an excerpt from Amazon in place of a personal synopsis.

Amazon Synopsis:
Jefferson Coates signed on for the War Between the States, ready to give his life for his country. He wasn’t prepared for blindness.

He lost his eyes. He lost his livelihood. But he never lost the stubborn grit that kept him upright. From the Battle of South Mountain to the bloody fields of Gettysburg, through the daily struggle to live as a blind man on the unforgiving American frontier, this Medal of Honor winner never flinched.

Rachel Drew was no ordinary woman. In a world when girls grew up quickly, she left home to forge her own dreams. She never expected to marry or raise a family . . . not until she met a broom maker named Jefferson Coates.

Based on a true story, “Memory of Light” is about two independent souls forging their life and love on the Nebraska frontier.

About Mollie:
Mollie Cox Bryan is the author of the Agatha-award nominated Cumberland Creek Mysteries. This year, she’s launching a new series: Cora Crafts Mysteries. The first book is DEATH AMONG THE DOILIES out in August 2016. She also penned MRS. ROWE’S LITTLE BOOK OF SOUTHERN PIES and MRS. ROWE’S RESTAURANT COOKBOOK; A LIFETIME OF RECIPES FROM THE SHENANDOAH VALLEY . She also is the author of a Kindle book HONEY, I’M SORRY I KILLED YOUR AQUASAURS (AND OTHER SHORT ESSAYS ON THE PARENTING LIFE.) 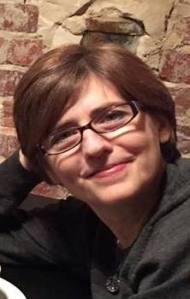 Don’t forget to: Live, Love, Laugh, and my all means READ!

I am an avid reader and I love stalking my favorite authors... In a good way that is. I spend my winters (Nov​ - early May) in San Antonio, TX. and my summers and early fall in Upstate​ NY. ​See Who Am I on the menu.

4 thoughts on “A Roller Coaster of Emotions”